SINGAPORE — Pirate attacks around the world have been on the wane in the last few years, based on the latest report by ICC International Maritime Bureau (IMB).

Last year, there were 264 attempted and actual attacks, down from 297 in 2012. The figure has been falling since 2010 — a trend which the IMB credited to more international patrols and military action in piracy-prone waters.

But despite the improving situation, the IMB report — which takes into account territories or countries whose ships were attacked at least a dozen times throughout the year — showed that ships managed from or registered in Singapore were among the most targeted by pirates.

Last year, 79 Singapore-managed vessels reported piracy incidents — the highest among all territories and countries — compared to 34 and 20 ships that were managed by Germany and Greece, respectively. There were also 39 ships registered in Singapore which reported attacks, second only to ships flying the Liberian flag (43).

Ships registered in Singapore fly the Republic’s flag but can originate from anywhere.

IMB Head of the Piracy Reporting Centre Noel Choong told TODAY that he did not think that ships managed from or registered in Singapore were prime targets for pirates for whatever reasons, including the level of security. He added that these shipmasters could have been more proactive in reporting pirate attacks.

Compared to the rest of the world, South-east Asia was the most piracy-prone region in the world last year, with 128 pirate attacks. In comparison, there were 79 and 26 attacks in the waters off Africa and the Indian subcontinent, respectively.

Pirates in the region around Singapore usually attack vessels during the night and are armed with knives, guns and machetes, the IMB report stated. Mr Choong said that in contrast to attacks in African waters, Southeast Asian pirates are easier to defend against as they tend to escape without confronting the crew once the alarm is raised. The bureau noted that the number of attacks in the Straits of Malacca has fallen substantially since aggressive patrols by littoral states — Singapore, Malaysia and Indonesia — began in 2005. 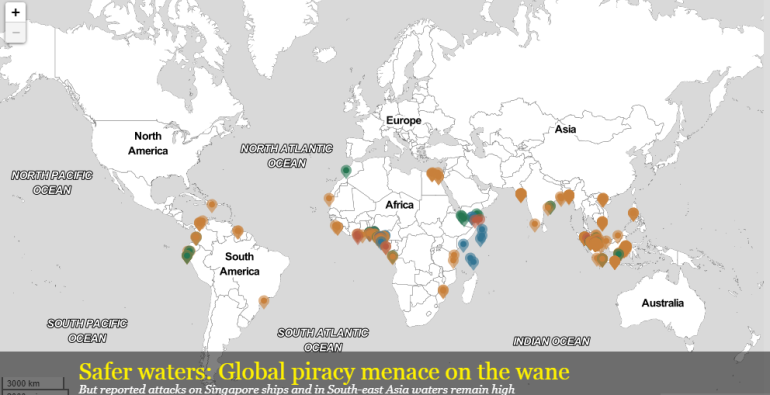 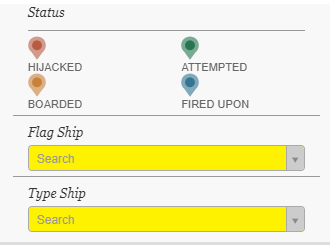 SIGNIFICANT FALL IN ATTACKS IN GULF OF ADEN

The fall in the number of piracy attacks around the world was helped by a large drop in attacks in the Gulf of Aden. Once considered among the world’s most dangerous waters with 117 attacks in 2009, ships travelling through the gulf — located in the Arabian Sea, between Yemen and Somalia — reported only six attacks last year.

Earlier this year, the Daily Telegraph attributed the declining trend to the security measures that came in the wake of the rampant piracy off the Somali coast between 2000 and 2010. In particular, Aug 21, 2008 was cited as the day when the shipping world woke up to the scale of the threat. That day, gangs of heavily armed pirates in skiffs were able to seize the merchant vessels Iran Deyanat, Irene and BBC Trinidad and hold their crews and cargos to ransom. The Daily Telegraph reported that within months in 2010, armed guards went from being a risky prospect to the industry standard for the world’s big shipping firms plying these waters. Now, there are hundreds of armed guards at sea off the coast of Somalia on any one day.

Since 2009, Singapore has been part of international anti-piracy patrols in the Gulf of Aden. Earlier this month, the Singapore Armed Forces (SAF) announced its fifth deployment of a task group which consisted of Formidable-class stealth frigate RSS Tenacious with a Sikorsky S-70B Seahawk naval helicopter on board. Prior to this deployment, the SAF has deployed task groups, comprising a Landing Ship Tank with two Super Puma Helicopters in 2009, 2010 and 2011, and a Formidable-class stealth Frigate with one Sikorsky S-70B naval helicopter in 2012. 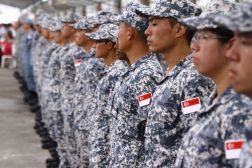 Photos: The Singapore Armed Forces sends a 151-strong task group on RSS Tenacious to the Gulf of Aden in support of international counter-piracy efforts, March 17, 2014. Taken by Ernest Chua from TODAY.

While Mr Choong acknowledged that the anti-piracy efforts in general were bearing fruit, he nevertheless expressed concern over the number of unreported attacks. Citing IMB’s estimate that more than half of pirate attacks go unreported, Mr Choong said: “A lot of ships, when nothing is stolen, they do not want to report because (there is) a lot of paperwork, a lot of hassle (involved in reporting). Sometimes, the shipmasters want a clean record. The bad thing is if they do not report, another ship is going to get robbed.” The IMB noted that in particular, many unreported attacks happen in Indonesian waters. It advised ships to remain vigilant, report all actual and attempted attacks, and adopt anti-piracy measures.